An oligopoly occurs when a few number of firms dominate a certain market (Investopedia, n.d.). An oligopoly is similar to a monopoly, only that in an oligopoly, there are at least two firms controlling the market. Examples of industries that take on an oligopoly market structure are the automobile industry, the oil industry and the soft drink industry.

One of the main characteristics of an oligopoly is that a few large firms dominate the market, as mentioned above. For example, in the soft drink industry, there are two firms controlling the market – Coca-Cola Company and PepsiCo [refer to Figure 1]. 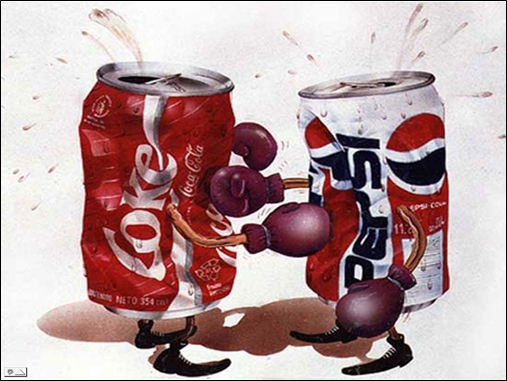 In the United States of America, these two soft drink companies take up 73% of the soft drink market [refer to Figure 2] (Bhasin, 2013). 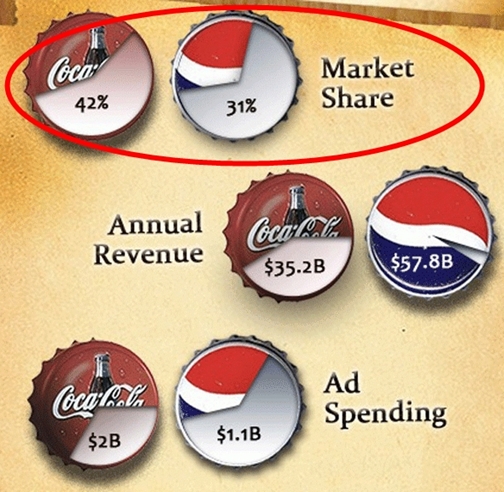 Figure 2: Coca-Cola and PepsiCo take up 42% and 31% of the soft drinks market share respectively

As few firms control the market, they have great market power. With market power, firms in the oligopoly market are price makers. As firms’ main goal is to maximize profit, Coca-Cola and PepsiCo have the ability to set higher price for their beverages in order to make profit.
In an oligopoly, there is high research and development (R&D). With the profit that the firms make, they have access to a large amount of capital and with that capital, the companies can afford to invest in R&d. Coca-Cola and PepsiCo spend millions of dollars every year for R&D purposes. For example, in 2008, with the annual revenue of 31.94 billion, Coca-Cola invested more than $60 million dollars to advance climate-friendly hydrofluorocarbon (HFC)-free cooling technologies. Since then, the company has increased their energy efficiency of their cold-drink equipment by 40%. Coca-Cola is now using HFC-free insulation foam for their new equipment in order to reduce 75% of greenhouse gas emissions. With already more than 500,000 units of HFC-free cooling equipment in use, the company plans to stop using HFCs in all of their equipment by the year 2015 (The Climate Group, n.d.).
An oligopoly also has high barriers to entry. As only a few large companies dominate the market, they have economies of scale. The few large firms produce for the whole market. Therefore, with high quantity produced, the firms get to minimize cost as the fixed cost is distributed among the output. Besides that, large firms have access to technology to minimize cost as well. As the existing firms in the market have economies of scale, new firms will find it hard to compete as their cost will be relatively higher than that of the existing firms. Furthermore, an oligopoly has legal barriers to entry such as patents and copyrights. For instance, Coca-Cola has various patents on vending machines (Google, n.d.). This means that when another company wants to use a vending machine to dispense its products, that company would have to pay royalties to Coca-Cola. This legal barrier makes it hard for new soft drink companies to enter the market as they would have to incur extra costs. Moreover, as the existing firms are already established and have brand loyalty, a new company would have to spend a substantial amount of money for advertising in order to break into the market.
The most distinct and unique characteristic of an oligopoly is interdependence. As an oligopoly is made of a few large firms, these firms’ decisions impact the whole market. This indicates that in making a decision, an oligopolistic firm will have to consider the possible effects on other competing firms and those firms’ reaction. For example, when Coca-Cola decides to have a price reduction on their beverage, it would have to consider the effects of that decision on PepsiCo, whether or not PepsiCo would respond with a price reduction as well and that in reducing its product’s price, they may start a price war in the market or if Coca-Cola is considering to increase its price, they would want to find out if PepsiCo will also increase its prices to increase profit or instead PepsiCo would maintain its current price in order to captivate more customers as Coca-Cola’s prices increases.
Another feature of an oligopoly is that it has a kinked demand curve. Oligopolistic firms face a kinked demand curve as the demand curve is slightly kinked at the current price of a good, signifying that the demand above the current price is more elastic than that below the current price. Using Coca-Cola as an example, as seen in Graph 1, if they raise the price of their products, it is assumed that PepsiCo and other rivals will not increase its products as the demand for Coca-Cola is more elastic above the current price. This is because consumers can opt for Pepsi since it is a substitute with a cheaper price. If Coca-Cola reduces its price, the assumption is that PepsiCo and other competing companies will also decrease its price to not lose out in the price competition. As firms will not decide to reduce price without making a price-output decision with other competing firms, there is price rigidity in an oligopoly (Preserve Articles, n.d.). 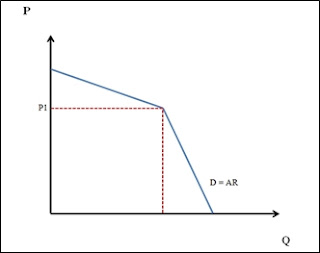 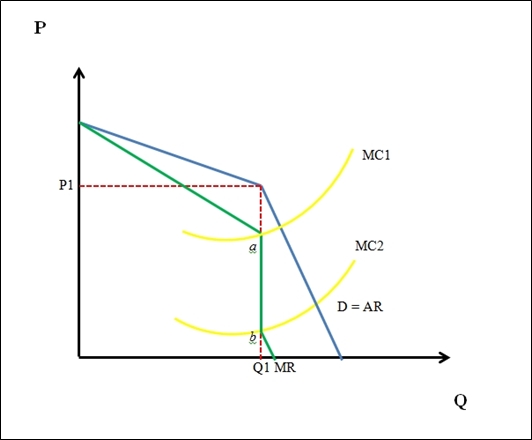 Based on Graph 2, when the quantity is less than Q1, the marginal revenue (MR) curve will correspond to the shallow part of the average revenue curve (AR) whereas when the quantity is more than Q1, the MR curve will correspond to the steeper part of the AR curve. Assuming that the marginal cost (MC) curve lies between point a and b, the profit maximizing price and output will be P1 and Q1 as profit maximization occurs when MC = MR. This explains price rigidity as the price will remain stable despite a change in its cost.
Oligopolists can be pulled into two different directions – competitions or collusions. Firms in the oligopoly market can collude with each other due to the interdependence or they can compete with each other to gain a larger percentage of the market share (Sloman, 1997). Thus, there is two types of oligopoly – collusive and non-collusive oligopoly. For example, if Coca-Cola decided to produce less soft drinks and made an agreement with PepsiCo, they can reduce the quantity supplied thus increasing price and profit due to the demand from consumers. This is an example of a collusive oligopoly whereby firms compromise to reduce competition among themselves. As for non-collusive oligopoly, there is an existence of oligopoly games due to the presence of competition. This theory is to investigate strategic behavior which is the recognition of mutual interdependence and the action with consideration of the reaction of others (Parkin, 2010). An oligopoly game has four features – players, strategies, payoffs and outcomes. The Prisoners’ Dilemma is an example of an oligopoly game that illustrates the four features. The global market for soft drinks is dominated by two brands – Coca-Cola and PepsiCo. As seen in Figure 4, Coca-Cola holds 43% of market shares and PepsiCo holds 31% of market shares. 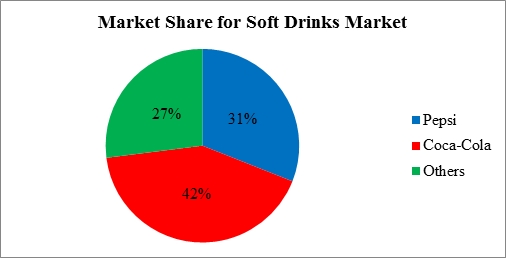 In 1964, PepsiCo increased the intensity of the competition in the soft drinks market by creating “Diet Pepsi”, a no-calorie carbonated drink. A few years later, Coca-Cola came up with “Diet Coke”, a sugar-free carbonated drink with the similar concept as “Diet Pepsi”. This competition can be seen as a Prisoners’ Dilemma game. It has a dominant-strategy Nash equilibrium, meaning that Coca-Cola decides on the best reaction given the action of PepsiCo and vice versa. 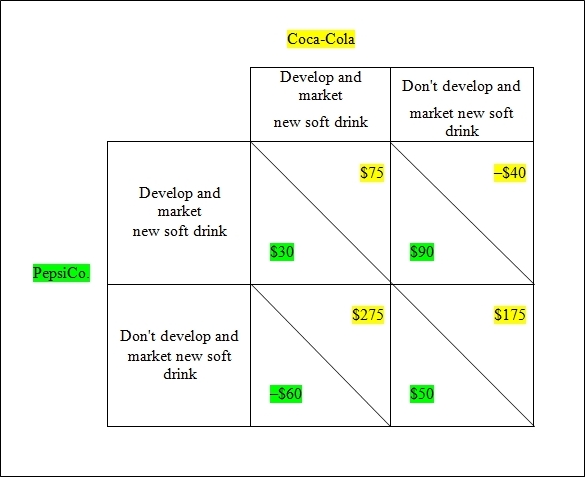 (1,547 words excluding in-text citation and labels)
Posted by yennator at 4:22 AM No comments: